The Nuremberg Toastmasters Club hosted a Debating Workshop on Saturday, 24 September 2016 which was led by DTM Christopher Magyar. Toastmasters from other clubs also joined in the fun, making it not only a great learning experience, but also gave members the opportunity to network and share different ideas.

The very practical workshop provided members with a chance to learn:
1. The basics of debating
2. How to express, respond to and argue about points of view persuasively and confidently
3. How to collaborate with others in planning, preparing for and conducting a debate
4. Exploring different perspectives, develop and justifying ideas

Here are a few photos from the day: 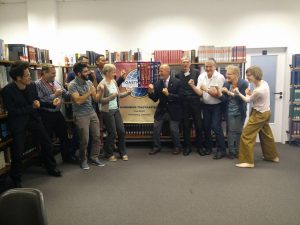 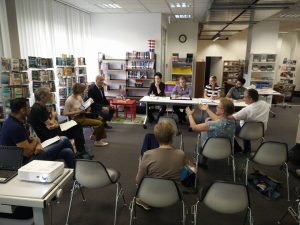 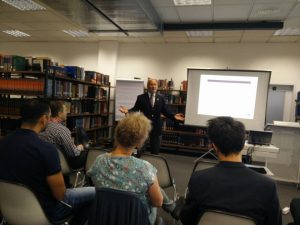 Christopher Magyar has been a Toastmaster since 1991. In his Toastmaster life he was a District Governor, the Lieutenant Governor of Education and Training, Chairman of the Continental Council of European Toastmasters (forerunner of District 59 – he lobbied for the creation of District 59), Vice Chairman of Education of the Continental Council of European Toastmasters, and Area Governor four times. The first officer training he ever attended was the one he gave. He has been charter member of four different clubs and helped found four more. Magyar completed the Competent Communicator program in English, German and Italian, attended over 50 district conferences in Europe, England, Ireland and New York as well as 10 Toastmasters International conventions in the U.S. and Canada. He has won the district Humorous Speech Contest, Evaluation Contest and Table Topics Contest and coached District speech-contest winners. Twice he judged the World Championship of Public Speaking.

If you would like to know more about Toastmasters International or what Nuremberg Toastmasters can offer you, we would be glad to welcome you to our next meeting. Please send a short email letting us know to our Vice President Membership.

Come and check out Toastmasters!

We look forward to your visit.