On 15 June 2015, our Nuremberg Toastmaster club executives for the 2014-15 term were released from their official duties and responsibilities.

During the course of the 2014-15 term, they did a marvellous job in managing the Nuremberg Toastmasters club. The decisions and actions they took benefited the club greatly. They established a solid foundation for conducting inspiring and beneficial club meetings, they provided members with the opportunity to attend workshops and learn new skills, they organised fun socialising events and also conducted successful club contests. As a result, Nuremberg Toastmasters club was given the status of Presidents Distinguished Club by Toastmasters International for leadership excellence. 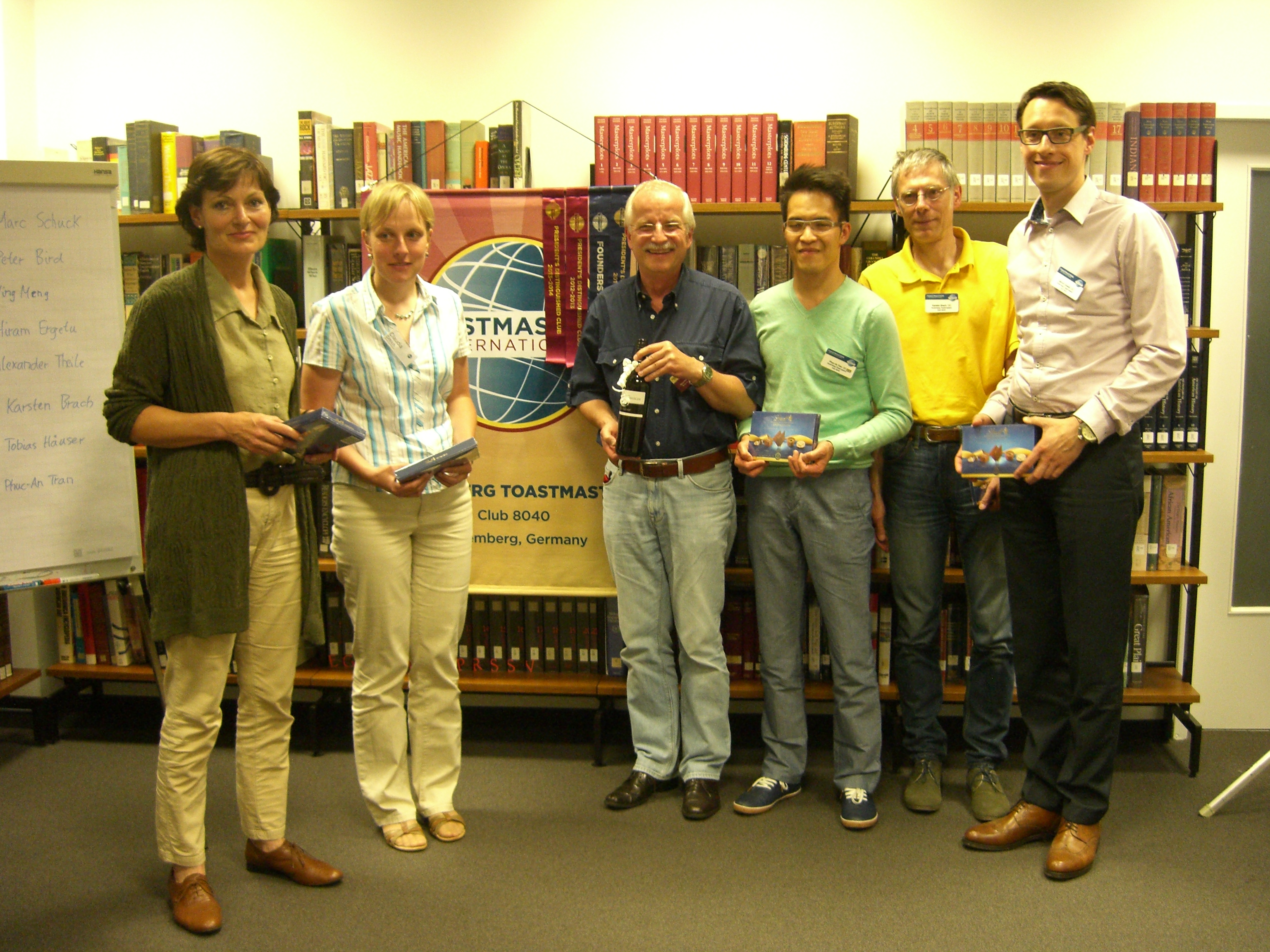