There eyes were sparkling with joy when those club members who achieved an educational and/or a leadership goal in the course of the current 2014-2015 Toastmasters term were honoured in the Nuremberg Toastmasters club meeting on 1st June. A few years ago, all of them started out by giving their ice breaker speeches. In the course of the years which followed they increasingly excelled in delivering brilliant manual speeches and in covering various functionary meeting roles and club officer´s leadership roles. One of them confessed: “What amazed me most was seeing how my speaking skills evolved from humble beginnings to giving outstanding public speeches.” As the saying goes: The journey is the reward. What we as Toastmasters enjoy most is giving public speeches and by doing so exceeding our current limitations. 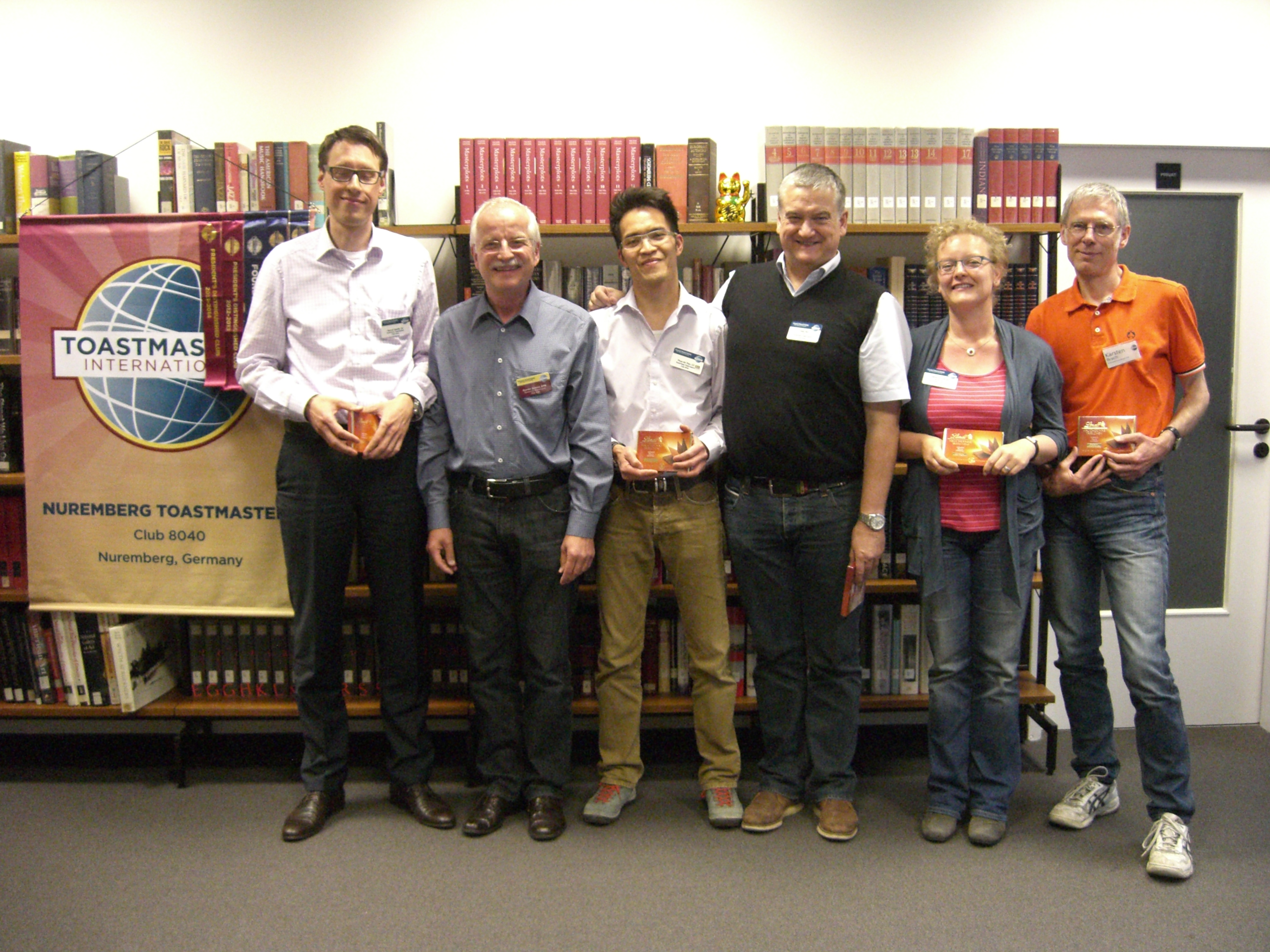 Recognition was given for outstanding accomplishments and leadership excellence to …